I spend a lot of my time every day focusing on my path to financial independence.  I have a game plan that I feel even more confident about now that I got a second opinion.  But that doesn’t stop me from looking for ways to expedite the process.

I’m constantly educating myself by listening to podcasts relating to personal finance and real estate.  And I’m reading every book I can get my hands on related to those topics as well as closely following a lot of blogs in the FI/RE community.

But most importantly, I’m acting on the things I learn that I feel will help in my situation.

In a nutshell though, I’ve learned that the path to reaching financial freedom is actually much easier than many people think.  Yes you can get there with complicated investments or get lucky with a nice windfall from someone in the family, but really it’s not a complex formula to follow and you don’t need to rely on luck to make it happen.

The path to wealth is actually simple:

Read more about the steps to wealth here.

So why is it that financial independence is such an uphill battle for a lot of people?

I mean if the path to get there is simple and anyone can do it, why don’t we?

I’m sure we could speculate that the problem is that we’re not getting paid enough at work or that the stock market is too risky or our kids are sucking up all our money.  We could… but I don’t think that the case.

In my opinion, the battle to reach financial independence really comes to down to one thing:

What the heck are you talking about Jim?!!  What’s delayed gratification anyway?!!

Glad you asked, self!  In short, delayed gratification means that you don’t get what you want right now in exchange for a bigger reward later.  In this case, that bigger reward is financial independence.

Maybe you’re out and about and decide to buy new clothes.  Sure, why not??  You have the money and can afford them.  So you come home with a new wardrobe, you look great in everything, and you certainly didn’t break the bank doing it.

Or maybe you’re tired of your car – I mean it’s already five years old.  Time for something more modern.  Besides, you’ve already paid off your current one.  So you go out that weekend and get yourself a nice sedan or SUV that’ll be paid for in just a few years’ time, right?  All good!

Well, it’s not really all good. 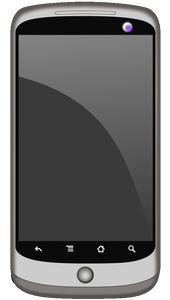 One of the problems we have as a society is that, in general, we feel like when we want something, we should be able to have it right now.  Smartphones are a great example.  Most of us have been swayed by the telecommunications companies and phone manufacturers to think that we need a phone every two years… or in some cases much sooner than that!

Why?  Because the new phone is better?  It probably is, but if the old phone works, why do we feel we need to get a new one?

We see something we want and just go out and get it.  It doesn’t matter if it’s not a necessity – we feel we work hard and damn well deserve to enjoy a little luxury now and again.

Unfortunately, that sense of entitlement is what keeps many of us from ever reaching financial independence.  We want to take care of that feeling of want right now and not wait any longer than we need to.

There are a lot of people who feel that there’s no way they can ever reach financial independence.  But if you would ever call them out on all the crap they feel they need, you would probably be getting an earful from them as they would likely get very defensive about it.

Delayed gratification can be a great way to keep yourself from buying crap you don’t really need, but the more important bonus is that it can put you on the road to financial independence as well. 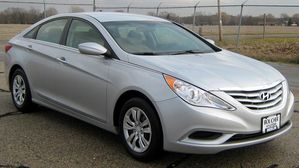 Let’s go back to that car we were talking about.  Sure, most of us love that new car smell and having the warranty ready to go for any problems that creep up is pretty sweet.  But is the cost really worth it?

According to AAA and NerdWallet, the real cost of ownership for an average new car that’s driven 15,000 miles a year comes out to $8,698 a year.  Granted, there are some assumptions on the kind of car you get and any financing that you do and you’d still have some small costs with your current vehicle, but regardless, that still a pretty big number to see.

The moral of the story is that there are a lot of people out there who choose to have their wants now and push off financial independence until later.  Bad idea.  The magic of compounding needs time to work.  The sooner you can put aside money instead of throwing it at your wants, the quicker you can achieve financial independence.

It is extremely possible to get there and those who have done it will tell you that it’s not some magic secret or that they got lucky.

Delayed gratification can be the magic bullet that helps you to get to the point where you can quit your job and chase your passions earlier in life rather than later.  The next time you think about buying something just because you want it, take a little time to decide if you really need it or if the payoff later on would be more worthwhile.

Do you think delayed gratification could lead more people to financial freedom or do you think there’s something else that’s more important?

10 thoughts on “Why is Financial Independence Such an Uphill Battle?”