For most of us in a first-world country, it’s almost natural in an unsettling way for us to accumulate crap. Not only do we have junk we don’t need (although we think we do when we buy it), we also spend money needlessly on things we think will simplify our lives.

The problem is that most of the time we buy something – be it a product or a service – with the intent of it making life easier or better, it has the opposite effect.

A perfect example are computers.  How many times have you wanted to throw yours out the window because you wasted a bunch of time trying to figure out how to do something on it that you could have done effortlessly without the darn thing?

And I’m not blaming computers – hell, I’ve been in the IT industry for over 17 years and made a good living because of technology, but it doesn’t mean I still can’t hate ’em.

For now, computers are still a necessary evil for me and most of us out there, but there are some other things I’m looking at giving the boot.  I’m now on a mission to trim the fat out of my life. I’m attempting to question a lot of the stuff we have and the services we use to eliminate the waste.

This process will hopefully have these results:

I’ve mentioned before that I’m a big Howard Stern fan (you either love him or hate him!).  However, I’ve been focusing a lot of my time in the car on listening mostly to educational and financial podcasts.  Because I have a Chevy, Sirius XM feels that my car uses XM and Howard is on Sirius (even though they’re the same stupid company!) so they charge me for the All Access package to be able to listen to him.  Yes, it’s completely stupid, but what can you do?

So every year, I have to spend a half hour to an hour of my time calling around cancellation time to get the renewal at a decent price. Normally it costs $240/year + taxes and fees, but I usually get them down to around $140 (including the taxes and fees). Sounds like a much better deal, but that’s still money that I could put elsewhere.

Well, I finally pulled the trigger and cancelled my subscription a couple of weeks ago. Here’s what I’ve learned – radio stations where I live still suck. I mean they really suck. But I’m mostly listening to podcasts anyway and I have a few flash drives with a bunch of my music on them to swap out, so that should be just fine. 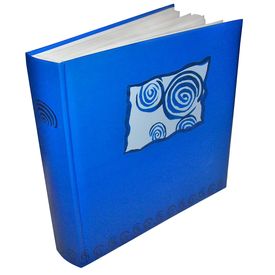 This is a big one for me.  I’ve been purchasing drive space from Google for a handful of years now.  And Google is extremely fair on this.  I pay only $1.99 each month for 100 GB of online storage… hard to complain about the price.

But the cost isn’t the problem for me.  The big problem is what I use it for – storing a copy of my photos and videos so I can share them with family and friends.  I’m an extremely organized guy and I spend a lot of my time organizing photos into albums, sophisticatedly tagging each of them so they’re easily searchable (e.g. show me all the photos of my daughter on vacation in Florida with a beach ball in the picture), post-processing photo corrections for lighting and other problems, renaming them all, etc.

I have a lot of ways to simplify this entire process (I actually published a book on how to do all this and other work in that arena), but it still takes a lot of time.  And that’s time that could be better spent with my family.

So I’m actually working on changing my entire system as we speak.  I’m now switching to Google’s free “High quality” setting for photos which is free, but at the cost of some slight compression on your photos.  I use a true offsite backup (CrashPlan, which I highly recommend!) so I’m not worried about losing the originals.  And that also means I can cancel my monthly service with Google.  Like I said it’s only $2/month, but hey, 2 bucks is 2 bucks!

I’m no longer going to spend my time tagging or renaming all my photos, but I will continue to throw them into appropriate folders to keep them sorted.  I’m also not going to post-process most of the photos either since camera phones have gotten so much better at taking pictures anyway.

Believe it or not, this will save me a good number of hours out of almost every week… SWEET!!

I started using an electric toothbrush I got for Christmas a couple of years ago.  One the things I liked about it was that it tells you if you’re brushing too hard. Who’d a thunk that technology could be that impressive??

Um, not really – not any easier or harder really.  But now the battery in the toothbrush is getting old.  In fact, it can’t get through a few days without needing to be recharged.  And guess what?  As with a lot of electronics, you can’t just replace the battery.

Here’s where I usually over-complicate my life.  I started digging into getting a new toothbrush – it’s like a hundred bucks for a replacement… not good for someone trying to trim the fat.  Then I started digging into replacing the battery.  I found some videos on how to do this… I could get a new battery for around $20, dismantle the toothbrush, do some soldering, blah, blah, blah.  I was going to go down that path and then finally had that flash of “what the hell am I doing?”

I still have a bunch of knock-off brush heads.  So I decided that I’m just going to use them up and then pitch the brush when those are gone and go back to a regular toothbrush.

With something as simple as brushing teeth, an electric toothbrush is just an unnecessary complication.

I’m going to give some credit to Mr. Tako… his “Why I Don’t Drink” post gave me some motivation.  I drink too much… probably not in the opinion of most people, but in my mind I do.  I usually have a single beer on a few of the weekdays and maybe 2-3 beers on a Friday and Saturday nights.

Unfortunately, in our society, that’s probably less than the norm.  However, it’s still too much in my opinion.

I’ll be honest, I really do love an ice-cold beer and I don’t know if I’ll ever give it up completely, but I’m going to work on cutting back.

The big added benefit to this is that beer’s a decent penny and over the course of a year, it adds up.  Cutting back should free up a little more money.

The even bigger benefit is that beer is not a vegetable or fruit and, from what I’ve heard, is not that good for you.  Let’s hear it for being a little healthier!

Crap Around the House

I don’t have anything specific on this one in mind, but I’m planning on spending some time going through each room in the house aiming to clean up and eliminate.  My wife and I just celebrated our 10th anniversary and we have a 6-year old daughter.  Put those things together and you have a house with too much crap in it that is barely, if ever, used.

Stuff we rarely use is about to find itself in one of three piles:

I hate junk and hopefully this will eliminate a lot of it!

Another Elimination to Help Simplify Life 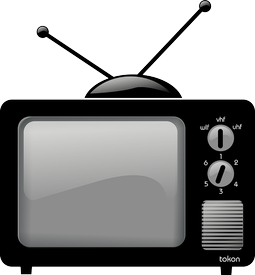 Like a lot of us, I watch too much TV.  And I’ll be the first to admit, there have been a lot of fantastic TV shows out there – Breaking Bad, The Blacklist, Blackish… essentially shows that start with the letter “B”!  Then there are shows like The Walking Dead – even though it doesn’t start with a “B”, it’s still fantastic!

Even though TV can be very entertaining, it’s also very time-consuming.  Think of all the other things you could be doing if you weren’t watching the boob tube every evening!!

I don’t know that I can cut out TV completely, but I do want to bring it back a bit.  So how do I phase it out?

My plan is simple… I’m not adding any new TV shows.

So I’m still watching TV, but as “our shows” get cancelled, that’s one less show I’ll have on the list to watch.  I’ve already passed on a bunch of new shows that have come out over the past year even though they looked really good.  As the years pass, I should have less and less TV I’ll feel obligated to watch.  Might not be a perfect system, but it works for me and should make the cutoff a little less painful.

I’m going to keep finding things to eliminate – it’s a pretty refreshing feeling to let this stuff go and it should save me money in the long run.  If you’re in a boat similar to mine, taking the time to simplify and trim the fat can pay dividends in the long run.  Less stress, more time, and more money… can’t complain about that!

Have you simplified anything in your life or are you planning to?