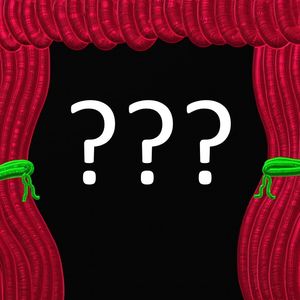 We’re coming up on a year of my site’s first post in a couple of months and with that, I’ve been able to really get to know you guys as well as some of the other financial independence sites out there.  As I’ve been investing a lot more of my time reading the other blogs, I’ve noticed that it really makes for an interesting read to see where people are at on their journey.  One of the dilemmas that I’m facing is whether or not I should reveal my numbers to continue building my site.

When I’m referring to my numbers, I’m talking specifically about our net worth.  I’m thinking it would be nice to be able to show where we’re at right now as well as what our goals are.  I’m also talking about more of a breakdown as to how much we have in our accounts – maybe not all the boring stuff of our finances (we don’t keep any credit card debt, for example), but more relevant accounts such as:

When I initially started this site, I had all intentions of being transparent about where I was financially.  Then I got rolling and mentioned it to my brother who felt this was a bad idea for obvious privacy reasons.  I took a step back from revealing them at that time because once I open up the books so to speak, there’s no way of really closing them… once it’s on the Internet, you might as well call it permanent.

I decided I would get the hang of what I’m doing first and then could always reveal the numbers at a later time.  Well, time has passed, and I’m considering it again and I need your advice.  Here are some of my thoughts…

The Pros of a Reveal

First of all, by opening up about my numbers, it would hold me a little more accountable for my end goals.  If I have the numbers out there on this site, then I would probably be even more motivated to ensure that the numbers keep growing… you know, to impress you guys!  😉  Right now, I keep everything in Quicken, but having to update the numbers on this site every so often might also help me to stay focused even more.

And let’s face it – that would make for a more interesting read for you guys.  As I see the numbers on some of the other sites out there, it helps me to gauge how I’m doing all around.  I can see if I’m further ahead in some areas or if I need to catch up in other areas.  It’s not a be-all end-all seeing other numbers because everyone has different goals, lifestyles, and expenses, but it does help to know if you’re even in the same ballpark.  I would actually like to contribute to the FIRE (Financial Independence and Early Retirement) community by sharing my information and help others to be able to gauge where they’re at as well.  A reveal of my numbers would be one way to do this.

Also important is feedback from others.  Most of the FIRE community is very supportive of each other.  If I would reveal my numbers, I would probably get some feedback.  I’m sure some would be good and some bad, but hopefully the bad would be more constructive than the plain old “you’re not going to make it, Jim – you suck!”

The Cons of a Reveal

And then there’s the other side of the coin… the cons that come with a reveal.

First off, know that I’m not the kind of guy that shies away when talking about money and numbers.  I’m not a bragger and actually more the opposite – I love to know areas where I can be focusing on a little more.  However, my only concern is that once I do retire, I’ll probably open up to you guys as to my actual identity.  My concern is that it would allow others in my current company to have a better idea of how much money I was making.

I’m not bringing in an exorbitant amount of money at my job (it’s good, but it’s actually probably lower than it should be!), but it’s still higher than the people I manage.  Although this is generally the norm and won’t really affect me in particular, it might be a big deal to my employer.  I hate working in general, but my employer has always been good to me and I would hate to do anything that would cause problems for him or the VP.

Another downside is that I would need to update my numbers, probably monthly, on the site.  Between the full-time job, helping to raise my daughter (another full-time job! 🙂 ), trying to hustle and chase after new real estate deals, putting out new posts on this site, and squeezing in some old Cheers reruns, time is something I don’t have a ton of right now.  Sure, it’s not that big of a deal to do, but it’s still another thing on the plate that needs to be considered.

I’m not the first financial independence blogger to have to make this decision and I’m sure everyone’s reasons for publishing or not publishing their numbers are different.  But I thought I would throw this out there and get some thoughts from you guys!  What would you do if you were in my shoes based on what I’ve shared here?

30 thoughts on “To Reveal or Not to Reveal My Numbers…”