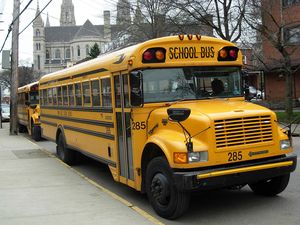 So yesterday one of my friends that I currently work with came into my office to talk business (as well as to chit-chat a little bit).  In the midst of our conversation, he mentioned how his young twin boys are starting to understand the general concept of working.

As a side note, he’s the only one at my office who really knows about this site (and he reads it)… so he’s probably going to throw a rock at me for bringing him into a post, but hey, what are friends for?!  😉

Anyway, he said the conversation between them went something like this:

Now let’s step back on this.  First of all, this was just meaningless conversation with his kids that makes you want to smile – I totally love to see kids as they start to understand how something works.

However, in this case, I didn’t nod along as he told this to me.  I should have because he’s a friend of mine and was just telling me a fun story of how his morning went.  But instead, I started to rant about how this is the reason why the cycle continues.  Kids are taught by their parents to work hard and get a job so they can afford what they need.

Believe me when I say this, I have nothing against hard work.  I’ve worked hard my whole life and always try to do the best I can at whatever job I’ve had.  But the only way you can break the cycle is to better understand the system and go against the grain of what the majority of other people are doing.

I know there are a lot of reasons that contribute to the education system not being what it should be, but here’s one major problem…

Schools prepare kids to become good employees and not entrepreneurs.

I’ve talked before about how Robert Kiyosaki’s books and viewpoints have been a real eye-opener for me.  One of the big points he talks about is that the education system isn’t designed to teach kids how to create jobs.  And he’s right… kids are taught how to become another ant in the hill and just get a job and work every day until becoming an old man or woman.

Most schools in the education system don’t focus on the bigger picture.  It’s bad enough that the schools don’t teach kids how to budget, balance their checkbooks, save money, and invest.  But shouldn’t they help push kids to start businesses and create jobs?  Life is already so lopsided with the vast majority of wealth being in the hands of so few and innovators being hard to come by.  Teaching kids to become leaders and entrepreneurs could help shift that balance and help rebuild a country.

Please know that I think an education is critical in every child’s life.  A lot of people judge teachers and say they’re overpaid because they only work nine months out of the year, but I’m in the other camp.  I think teachers have one of the hardest jobs out there and most of them care about what they are doing and do a fantastic job.

I went down the road that a lot of us go down and became just another one of those ants in the ant hill until I woke up one day.  I am eternally grateful that I get it now.  I understand how to get out of the rat race and I’m making it happen.  Unfortunately, it took me too long to get it.  I want to make sure that my daughter figures it out much earlier than I did.

In fact, I’ve made it my mission to teach her what I can.  Although I’m on track to retire before 50, I keep pushing to do more things so I can lead by example.  That’s a huge reason why I’m on the hunt for a new rental property.  She’s only five, but I explain what I’m doing and why (in simple terms).  She knows that even though we’re spending a lot of money for an investment property, we will make more than we pay on it every month.

As she gets older, I’ll continue to her secondary education – I’ll explain why this is a passive income stream, how our payment stays the same while rents will continue to increase over the years, how the mortgage will end and the rent payments will continue, the tax benefits, etc.  And, possibly just as important, I’ll explain how we’re providing a place for people to live who can’t afford to buy a house (or don’t want to) and treating them fairly.

And rental properties will only be part of the education.  We’ll talk about other streams of passive income, starting businesses that create jobs, and making her dreams a reality instead of a Time to Make the Donuts kind-of-daydream while being stuck in the rat race.

So, should I have just smiled and nodded when my friend told me the story about the morning with his kids?  Maybe, but I like him too much for that.

8 thoughts on “Why the Education System is Broke”