Who creates a headline to talk about the “freedom” to fail miserably?  That’s depressing!

This guy does – that’s who!

Most of you likely read this blog for one of two reasons – you’re striving to reach financial independence or you’re already there.

And the reasons you aim for that goal will vary… maybe you want to quit your job because you can’t stand your career anymore.  Or maybe you just want financial security to give you more choices in life.  Perhaps you want to cut your hours back so you can spend more time with your kids.

Whatever your reason, financial independence is obviously a good answer to get the ball rolling.

However, there’s another benefit financial freedom can provide that we haven’t talked about before.  And that’s the ability to – yup, you guessed it – fail miserably.

Here’s why that’s such a great benefit… when you’re no longer a slave to money, you have the ability to try new things.

That’s right – financial independence doesn’t just mean that you have a bigger stash of cash, but it also provides something even more exciting… time.

If you love your job, that’s fantastic.  Feel free to keep working until you don’t have those same feelings or physically can’t do the job anymore.

But, if you don’t have those wonderful feelings toward work, financial independence gives you an opportunity for something fun.  You now have the ability to leave your job and enter the world of early retirement.

The power of FIRE

You might be rolling your eyes, thinking, “Jim, I’m not 97 years old.  I’m not ready to just sit in a rocking chair doing crossword puzzles while I wait for Wheel of Fortune to come on.”  But here’s the thing, that’s “normal” retirement – that’s not what I’m talking about.  I’m talking about retirement for younger folks and it’s a lot different.

Most of you are already familiar with the concept of FIRE (financial independence / retire early).  And that kind of retirement, my friends, doesn’t mean that you just sit on your butt all day.

You’re young enough that almost all of you will want to do something useful with your new-found freedom.  Maybe you’ve always wanted to write a book, start a business, or do some kind of coaching or mentoring.

A lot of dreams we have in life get pushed off because we’re afraid of the possibility of having them fail miserably.  We’re scared because we’re dependent on that steady income to support ourselves and our loved ones. 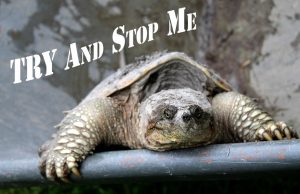 But, guess what – once you’re financially independent, money isn’t an issue like it used to be.

And because of that, you can now try all kinds of different things and, if you do fail miserably, it’s not the end of the world.  When you take money out of the equation, you can now do what you’ve always wanted to without the worry of it bringing in enough dough to pay the bills.

Think about that for a minute.  Are there different hobbies in life that you’ve considered but never tried before or got to spend enough time on?

Come on, I know there are thousands of ideas out there – don’t make me think of ’em all!

Now, here’s the coolest part of doing something you want to do… you’re probably going to make money doing it!  In fact, it’s very possible you’re going to be able to make really good money doing what you love.

A recent example that comes to mind for me is Dave from Accidental FIRE.  Dave, “accidentally” realized he was financially independent and has since semi-retired.  But recently, he started toying around with designing logos for other bloggers.  He’s really good at it, enjoys it, and he’s making a few bucks in the process.  Can you ask for anything more than that?

In essence, by doing something you’ve always wanted to do, you’re probably going to make money.  But if you don’t make a steady income with it, that’s Ok because you’re not relying on it to pay for food on your table.

Not only that, but if you try out a hobby you’ve wanted and don’t like it or get bored with it after a while, you just stop doing it.  That lack of dependence on money from a 9-5 job sure is powerful!

So far so good, right?

Failure is an option

On top of that, there will be things you try that you actually fail miserably at.  There are things that we’re enthusiastic about doing, but we just aren’t born to do.

Maybe you’ve always wanted to bartend and be the one mixing all kinds of fun drinks.  But you start doing it and realize that you just don’t want to sit there and listen to people complaining all the time.

Or you decide to try your hand at painting and you’re not a natural when it comes to it.  You have a vision in your mind but can’t put it on the canvas.

We’re not all perfect at everything we do.  Here’s my favorite part though… who cares?   You now have the choice to move onto something else or learn from it.

Failing at something shouldn’t be considered a bad thing.  Failure only exists to present an opportunity to get better at something.

No one strives for failure.  However, if you want to learn and grow, accepting the idea of falling down and getting back up is the tried and true way of making it happen.

I used to be horrible at home repairs… horrible.  Like really bad.  Anything I touched turned to @#$%.  But because of my unwillingness to easily part with a buck, over time, I got better.

I’m no Bob Villa and I know the limits of what I can take on, but I can now handle some reasonable repairs.  I don’t plan to ever do that for money because I really don’t enjoy it, but the point is that you can get better at something if you keep at it.

So if you try something in early retirement and aren’t good at it, you have a choice – give up and move on to something else or keep at it and try to get better at it.  The choice is yours, but it’s rare to be good at something out of the chute and practice really does make perfect!

As a side note, I’m not implying that you should wait until you’re financially independent to try new things.  Far from it.  Life is meant for you to try new things and you never know if you’ll make it long enough to be able to delve into new hobbies down the line.  Yikes, morbid!

What I am suggesting is that once you do reach FIRE, you now have more time to explore these new ideas.  Don’t pass up this opportunity in life!

Why I’m excited to fail miserably

I finally reached FIRE at the end of 2018 and I’m still coming to grips with my new freedom.  It’s weird to realize that I don’t need to go back to a job hopefully for the rest of my life.  Each day I wake up and continue to work on some things that I’ve had on the backburner for a while.

However, I’m more excited about the upcoming days than anything.  You can look at FIRE however you prefer, but there’s one beautiful point that is exciting to me… I can now pursue my dreams without the worry of money.

I can try new things and, if I fail miserably at them, the welfare of my family is not at risk.  This is tremendously appealing and opens up a whole new world.

So what are some of the things I want to do in early retirement?

These are just some of the ideas I have in mind.  I’m thrilled about trying all kinds of different hobbies.  Some I’ll fail at and move on.  Others I’ll do well with, but decide it’s not something I want to continue doing.  And some, I’ll grow strong at doing and make them a regular part of my life.

Are these fun things going to bring in a ton of dough?  Some will and some likely won’t.  But regardless, they’re things I want to try my hand at so any income is actually just icing on the cake.

Financial independence gives you a fantastic opportunity to fail at different things and succeed at others.  I hope all of you get this chance in life!

Update: Hey, everyone – Tanja from Our Next Life reached out to me noting that this post had a theme similar to one of her older posts from 2017.  I don’t remember her post, but sure enough, I had even commented on it!  That said, using the same post idea was not done intentionally – I respect her work and what she does and maybe that idea had stuck in my subconscious for all this time.  I consider her a friend and this was just her reaching out as such.  Her post is very good and I thought you might want to check it out as well – Our Changing Definition of Early Retirement and the Power of the Freedom to Fail.

Are you hoping to fail miserably at some point doing something new?

22 thoughts on “FIRE Gives You the Freedom to Fail Miserably”