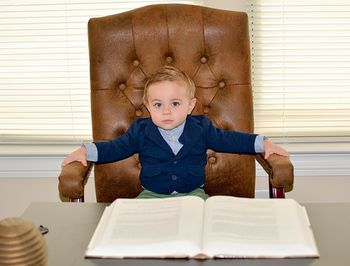 I recently asked my 6-year old daughter “what do you want to be when you grow up?”  She answered back that said she wants to buy duplexes.

Now, before you start chastising me for trying to force my daughter to be something she doesn’t want to when she grows up, let me explain.

When I grow up…

When I was young, I had my sights set on being an artist for Disney.  I had a pretty good knack for drawing and that just seemed like a really cool place to work for a living.

When I got to college, I continued heading down the path somewhat.  I was a Studio Art major for the first couple of years of school, but then one day, while taking a final in a painting class, I decided right then and there that it wasn’t the right path for me.

It was a difficult field to make a living in and it was not a high-paying profession.  I also realized I didn’t want somebody telling me what to draw and when to do it.  I enjoyed art as a hobby, but I didn’t want to do this for a living.  So I actually just walked out in the middle of the final and never turned back.

The following semester, I took an intro to computers class and was hooked.  I ended up graduating with a major in Computer Information Systems.  This was in the mid-nineties just as technology was really starting to take off and I got pretty lucky to ride the wave doing something I loved.

If I had been like a lot of my peers though, I might have just continued down a path that wasn’t right for me.  And today, I might be making a lot less money and feeling stuck in a career with a shoulda, coulda, woulda desire for a different field.  Having some passive income coming in would have made a transition much easier had I been in the wrong career trying to get out.

Now back to my daughter!  I’ve been telling her since she was little that she can be anything she wants when she grows up.  In fact, there’s no reason not to shoot for the stars.  Like most kids, she’s a bag of energy.  She spends every waking moment singing and dancing around the living room and her bedroom… and in the car… and at grandma and grandpa’s… and, well you get the point.

But we encourage her to follow her dreams – if she wants to become a pop singer, go for it.  If she wants to be a professional dancer (no, not that kind!!), it’s achievable.

What I also say to her though is that some jobs are hard to make enough money to live off of.  And because of that, I encourage her to build a foundation first (and early) so then she can chase any dream she has without money being a worry factor.

A good example is a friend of mine who was smart enough in college to house hack.  He bought a house and lived there with some friends while they all paid the mortgage for him.  I wish I had thought of that back in school!

Live the life you want to live…

Now, let’s be honest – no kid wants to hear their parents preaching about investing no matter how important the parents feel this is to know.

So I try to find small moments to teach her so it’s not too overwhelming or boring.  For instance, she was interested in knowing why we spent some time going to the duplex to clean up the place after we purchased that in the beginning of 2016.  That was a great time to explain in kid terms how to use other people’s money to make money.

She now knows that the money comes in every month while our property manager handles most of the work.  That may also explain why she said that she wants to buy duplexes when she grows up.

I try to make sure that money isn’t a taboo subject in the house (while bringing it down to a kid’s level).  Money is important, but it shouldn’t keep you from living the life you want to live.

Right now, my daughter is actually torn between becoming a zoo keeper or a geologist (or a rock-ologist as she refers to it) when she grows up.  I’m sure those jobs will change as the years pass, but I don’t want her to let go of her dreams just because the choice she wants is difficult to be successful in or because it’s hard to make a lot of money doing.  So I’ll continue to financially educate her about the realm of passive income so I’m not worrying about supporting her financially later on down the line.

Just because you grow up doesn’t mean you can’t do what you dream of in life.

What did you want to be when you were growing up?  Did you chase after it or did you end up going a completely different direction?

17 thoughts on “What Do You Want to Be When You Grow Up?”