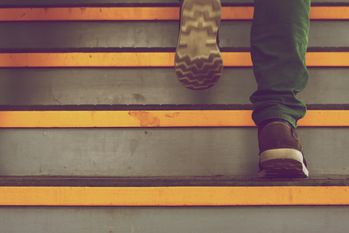 Now, you could look at that and think maybe that’s because new entrants into the workforce are bringing the number down or whatever it is that helps you want to justify this.  However, the scariest numbers are actually for older folks out there.  According to The Pew Charitable Trusts, the median retirement savings for those between 55 and 64 is $76,381 and only $72,957 for that are 65 and older.

How can anyone retire with so little money?!!!

Look, I know this might not be the whole story.  Maybe some of these people hate the stock market (like myself) and have their money invested elsewhere, such as real estate.  Hell, this doesn’t even take into account other places people might have their money – savings, Roth IRAs, etc.  But even if that’s the case, that’s only going to be a sliver of a percentage and would barely affect these numbers.  This is horrible and the outcome doesn’t bode well for a lot of people.

On top of that, the subject of retirement money (and finances in general) seems to be almost taboo in society.  I’ve said it before, and I know a lot of you agree, we need to be talking more about money.  We, as a society, have no problems discussing everything from sex to toilet humor, but for some reason, money is either not that exciting or is too scary to bring up.  But in the long run, it can help you understand things better and it’s mutual – it can help your friends and family with their financial struggles as well.

I just got done watching a clip of John Oliver talking about retirement plans… very nice segment.  His point was that many of us don’t even realize just how ripped off we are by the financial industry.  If you have a 401(k) or 403(b) plan, do you realize what you’re paying fees?  If not, it’s time to get educated and fast.  You might brush it off thinking that the amount you lose in fees is small, but it can easily turn out to be tens of thousands of dollars!!!  There’s no good reason why most of us shouldn’t just be investing in low-cost index funds in your plan.  See why I changed the funds in my 401(k). 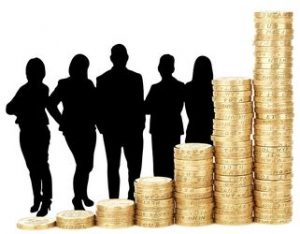 The Steps to Wealth are few but important and will take some work.  You can’t put this off.  We live in a society of people who feel they are entitled to have whatever they want.  Well guess what – you can’t.  Or you can enjoy it now and suffer later, which you are almost guaranteed to do.

If you’re new to really doing much with savings and retirement, you need to step-up your game.  The sooner you take control of your finances, the more prepared you can be for retirement.  If you are able to do just a few money changes every month, you can really start to accelerate the process of building up a bigger retirement savings.  The biggest key is to keep learning.  Reading sites such as mine and some of the others that are out there can give you some great ideas on small tweaks that can save you money in the long run.

Maybe you just need to saddle up and quit buying crap to get out of debt.  Maybe you should be upping your 401(k) contributions to take advantage of a company match.  Did you know that when you up your contribution, the amount you get taxed on your paycheck is less?  By doing the numbers, you can actually have the same take home pay even though you’re contributing more to your 401(k)… how’s that for cool?

Every little thing you find out and act on can have a dramatic effect on your financial status and future, but it’s up to you to make it happen.  Stop accepting the norm – don’t be the person with barely anything saved for retirement to live off of… you can take a stand and make a change for the better!

I’m in good shape to become financially free before age 50 which, although not as early as I want it to be, is still pretty exciting.  But, I know that there are plenty of people out there who have just accepted that they will be working until they die or can’t work anymore.  I know because my parents are in a situation like this.  And it’s not because they want to keep working, it’s because they want their cake and to eat it too.

They paid off their house which is fantastic, but then they went out and bought an expensive RV, which they couldn’t afford and now have a loan on until they die.  And they’re working ridiculous hours to help pay for the RV.  The irony of it all – they rarely get to use it because they’re working all the time to pay for it.  And they’re now getting too old to be able to physically handle the work that they do.

It’s time for them to downsize the house, pay off the RV, and enjoy the travelling.  Or just sell the RV.  But that’s the problem – a lot of people (including them) don’t want to make sacrifices to make things work.  It’s crazy and it doesn’t have to be that way.

Mr. Money Mustache, who is a phenomenal example of living below your means, just wrote a great article on stopping your excuses, sucking it up, and making some changes for the better.  He’s 100% on the money with this.  How your life and your money work is entirely up to you.  Your finances won’t change by themselves – you need to start making the moves to make it happen.

So if you’re not already on a solid path to financial freedom, it’s time for you to step-up and start making some changes.